Bread is one of the most popular staple foods that people used and still use until this day. People from the upper, middle and lower classes are all eating bread. And for thousands of years, they essentially made it from the dough, baked at high temperatures, creating what we call bread loaf. And as time went on, the method of making bread changed and diversified, and instead of flour and water, a lot of other ingredients came into play, resulting in different types and names of bread, like donuts, cakes, and a lot more.

So, Can parrots eat bread?

The answer is yes and no. Parrots can eat almost every type of bread. But there are some serious concerns about your parrot’s health, and to avoid risking it, stick with the least processed bread, and the type that doesn’t contain a lot of ingredients like sugar and salt.

And in this article, you will go through everything you need to know before slicing bread to serve to your parrot. You will also know what types of bread are safe for your pet and what bread types to avoid.

Is There Any Benefits Found in Bread For Parrots?

In general, bread is very low in important nutrients that your parrots need daily.

The most notable nutrient that exists in bread is carbs, and in every type of bread, there is something between 35-60% of carbs.

So, how many carbs do parrots need?. And the answer depends on how active your parrot is. If your parrot is staying inside his cage all the time, there is no benefit to feeding your bird. If your parrot is highly active and trained to fly around and come back, then the need for carbs will increase.

Although carbs are necessary for parrots in different amounts, getting this nutrient from bread is kind of risky, and it’s better to avoid it. Unless you want your parrot to gain some extra weight and maybe develop fatty liver disease.

Whatever the case, parrots can get their adequate portion of carbs from many other sources that are totally natural and safe for them, like seeds, fruits, and veggies.

What are The Safe Breads for Parrots?

There are a few types of bread that you can serve to your parrot that won’t result in an unwanted situation. It’s safe for them, but only in small amounts or as treats from time to time.

Although it’s low in nutrients, multigrain or cornbread is the best if you decide to feed bread to your parrot.

Sprouted bread is also an excellent choice, and we will discuss it later in the article.

You can add some extra ingredients to make it more delicious and nutritious, like peanut butter, a little jam, and other fruits like berries and strawberries.

Even though these types of bread are mostly safe for parrots, there is a possibility that they contain many other ingredients that could cause harm to your parrot.

As mentioned, stick with bread that has the least amount of ingredients. Some brands sell wholegrain and multigrain bread that is far from being organic, and they may use a lot of taste enhancers, preservatives, and other chemicals. So you have to know what brand are you dealing with.

White and Brown Rice are the most famous types of bread. We use them in a lot of our daily meals, but they’re the reason bread got a poor reputation for not being a good choice for healthy diet systems and weight loss programs.

And for parrots, it’s highly recommended that you don’t let them eat this type of breast, as is it the type that could highest percentage of danger and harm to your parrot’s health. So, no, parrots can not eat white and brown bread.

You Should know also that there are a lot of bread types that fall under this category, and they pose the same threat against your parrots.

These types include Baguette, bagel, challah, ciabatta, and many others.

Cornbread is a different type of bread that focuses on using cornflour instead of wheat flour, and it has over 50% of carbs.

It is yes to the question, parrots can eat cornbread, but owners should never allow them to eat it excessively. Only tiny portions of cornbread are safe for parrots.

The best way to make sure cornbread is safe for your parrot is to make it yourself, as some commercial cornbread may contain many chemicals. Keep it organic as much as possible.

Related:
How To Make Cornbread For Parrots
Can Parrots Eat Crackers?

Potato bread is mostly a combination of wheat flour and potato flour, mashed potato, or dehydrated flakes of potato.

Can parrots eat it?, The answer is no, parrots can not eat potato bread. Potato Bread is harmful to your parrot’s health, more than wheat bread. So, both are not good, and it’s better to avoid them.

Sprouted bread is the healthiest type of bread that is made after exposing the grains to heat and moisture. The sprouting seed contains nutrients, like fiber, protein, and folate. More than the other kinds of bread. It also contains a lower percentage of carbs, and after the baking process, the carb level decrease more.

And the answer is yes, Parrot can eat Sprouted Bread, as it is the healthiest type of bread, with many beneficial nutrients.

As you can see, making bread that is safe for your bird can be a pain in the ass. Getting ingredients, baking, and finally ending up with heavily processed food is not practical.

What is the point of doing all of this while the bread is not natural for parrots and doesn’t contain significant benefit to them? It can harm their health and decrease their lifespan, at least if they used to eat it as an ingredient in their daily diet. A lot of unneeded carbs that they can get from other safe sources, many unknown ingredients, especially with commercial bread, are all considerable reasons to stick to the natural food for parrots. But, if you insist on giving your parrot slices of bread, stick with the multigrain bread, sprouted bread, or cornbread that you make yourself. It’s also safer to give them bread in occasional times, only as treats. And this is my recommendation for every parrot owner. 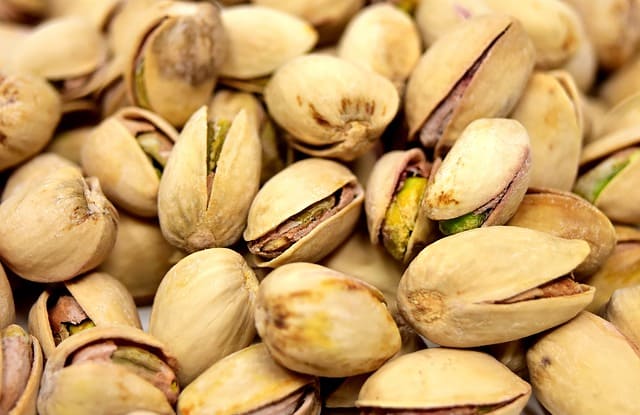