Watermelon is one of the most popular fruits, especially during summer times. This fruit is very delicious and can be used in many ways, you can eat raw or you can make a smoothie out of it.

Obviously, for us humans, we can eat whatever watermelon quantity we want, and it’s going to be 100% safe for us. However, what about parrots? Can parrots eat watermelon without any unwanted consequences?

And the answer is absolutely yes, parrots can eat every part of a watermelon safely without any troubles in regard to general health. In fact, watermelon can be very beneficial to parrots and can boost their immune system. Watermelon would be the perfect snack for parrots after an exhausting flying round because of the high water content in watermelon that will cool and hydrate their bodies.

And in this article, we will dive into the benefits parrots can get from eating watermelon, what part of it is safe to consume, and more.

What Are The benefits in Watermelon

Watermelon contains many of the important nutrients that every living being need on a daily basis. Watermelon consists of 92% water, and it’s safe not only for parrots but also for dogs and cats. However, parrots are whom to enjoy it the most.

Here are the nutrients your parrot will get from eating watermelon:

These amounts of minerals and vitamins won’t suffice for the whole need of a parrot, especially parrots of one the large species. However, these can make up for any insufficiency in your parrot’s diet. Besides that, it will be a healthy and delicious treat, so consider adding some chunks of watermelon into your parrot’s diet.

How to Feed Watermelon to Your Parrot

It’s easy and simple to feed your parrots some watermelon, but sometimes and with some pet parrots they will reject any new food that they have never seen before. It might look strange to them and sometimes scary. However, you can introduce the watermelon chunks to them by eating them and allowing the bird to see enjoying the fruit.

This way, the bird will understand that watermelon is food that he can consume just like you. This also will get the bird interested in trying it, as parrots are naturally smart and curious animals, especially in regard to food.

Another idea is to serve watermelon in the usual place where your parrot eats his daily meals, food bowl, for example, bigger chunks are also better than small slices.

And before all of that, make sure that the fruit you got is clean. Always try serving fresh watermelon. Don’t serve a watermelon that has been in the fridge for more than 2 weeks and 1 week at room temperature.

Yes, parrots can eat watermelon rind, and it’s totally safe. However, there are 2 considerations to take in mind before serving rind to parrots. The first one is that some parrots won’t like whatever you do to seduce them to eat it. Basically, rind could be just like paper for some parrots and they won’t eat.

Besides that, rind doesn’t taste so good as the flesh, so don’t force your parrot to eat the rind.

The second thing is that the rind is mostly covered by wax and pesticides that help the plant grow strong and healthy by avoiding the insects that could feed on it.

So, if you insist, wash the watermelon thoughtfully, and if you could find some organic watermelon, that would be even better.

Yes, watermelon seeds are totally safe for parrots and they can boost the metabolism in the bird’s body, resulting in efficiency absorbing the nutrients from other types of food.

In fact, watermelon seeds are widely used in the formulas of commercial parrot food, and this is because of the high content of nutrients found in them, like folate, iron, zinc, copper, magnesium, potassium, amino acids, protein, and vitamin B.

So with these benefits, I don’t think it’s a bad idea to serve some watermelon seeds to pet parrots.

Dry watermelon seeds are the best, or you can put them in a jar or a bottle filled with water and leave them for 2-4 days to sprout and then serve them. Don’t serve them fresh.

How Much Water Melon is Safe For Parrots?

There is no limit to feeding watermelon to parrots, and it’s ok for them to consume whatever they want, it won’t harm them whatsoever. Nonetheless, you should know that eating a lot of watermelons will make the parrot feel full and will result in rejection or refusing his normal food of seeds and nuts.

And this might lead the bird to suffer from a deficiency in many nutrients that can’t be found in watermelons. Remember, parrots are highly sensitive to any deficiency in nutrients and it can cause them to suffer at both physical and mental levels.

As an example, and when you see a plucker (Parrots plucking his feathers), then there is a serious potential deficiency in one or many nutrients, so be careful.

In conclusion, yes parrots can eat watermelon and in most cases, they will enjoy it. However, don’t depend on watermelons as the ingredient in your parrot meals, and serve it in moderation so your parrot can finish his normal meals as watermelons can make him feel full.

And yup, that’s about it. Hope you find this informative and easy to digest. Thank you for reading… 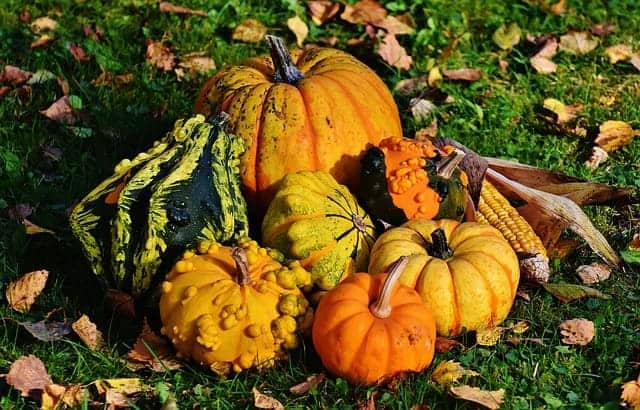